There are uncertain times ahead as the North End apartment rental market deals with the pandemic.  It is yet not known when the health crisis will be over and when the economy will recover. Boston has not been spared from the worsening economic conditions either, with a significant drop in real-time availability rates (RTAR) as well as drops in real-time vacancy rate (RTVR). In this article, we are going to update you on how these trends are affective the average rent price for North End apartments.

In comparison, North End’s drop in rent was nearly twice the average in the city at -7.27%. The biggest drop was registered for the 4 Bedroom apartments where the average rent prices compared to the previous year dropped by -8.58%. To put this into context, the 4 Bedroom apartments in North End had the fifth biggest drop in this category out of all neighborhoods in Boston.

Additionally, there were considerable drops in all of the other categories. With a -5.88% drop for 1 bedroom apartments, -7.56% decrease for the 2 bedroom apartments, and -6,58% change for the 3 bedroom apartments. Even though North End experienced major drops in average rent prices in comparison to the previous year, it managed to retain its spot as the fifth most expensive neighborhood to rent an apartment in Boston at an average of $3,199 per month.

In order to better understand the effects of the pandemic on the North End area, you need to know more about the background of this local real estate market. North End is one of the oldest neighborhoods in Boston, it has been inhabited since the 1630s and to this day remains a popular Downtown residential area. Due to the neighborhood having a large student and young professional population, remote learning and remote work policies depleted the student population and pushed many young professionals to rent or buy in the suburbs for more comfortable work-from-home space.  This is why rents have fallen so much more in North End compared to other neighborhoods in Boston.

Here is what renting an apartment in North End will cost you on average in 2021:

A higher than average increase in RTAR and also RTVR have been noted in almost all of the many neighborhoods that make up Boston including North End. From a broad perspective, all of Greater Boston experienced an increase in RTAR of +104.36% YOY, while the YOY increase in RTVR was nearly triple at +198.46%.

Furthermore, there were drastic differences in the RTVR and RTAR between the City of Boston and the suburbs of Boston. In the City of Boston, the RTAR change was +111.09% while the increase in terms of RTVR an above-average +232.28%. Contrastingly in the Outside of Boston areas, there was an RTAR increase of +91.15% and also an expansion of +151.14% in RTVR.

There was a further difference between the RTAR and RTVR for the North End neighborhood, with the RTAR year-over-year increasing +134.17% while the RTVR compared to last year was +485.82%. Both of these metrics are above the average for all of Boston, however, RTVR is more than double the average.

When considering moving to or from Tampa, Florida, do you want to hire a professional moving company or do you think it is more affordable to rent a truck and has the company to move your belongings for you? Renting a truck is an option you should consider. Hiring a professional mover will cost you more but it will also save you time. There are many moving companies in Tampa who rent trucks on a short-term basis or you can choose to move your belongings on your own. Renting a truck is the best way to go if you are not moving in a large group of people or if you have some experience moving the large items. Contact Kings Pro Movers for a quote now.

Moving companies do charge more than renting a truck because they use more expensive equipment and supplies and hire qualified movers. If you are just planning on moving small items or perhaps a table set or two, then renting the truck is the smartest idea. However, if you will be using a larger truck or other large equipment for larger items, then hiring professional movers makes more sense. In either situation, renting makes sense.

You will also save money if you rent the trucks. Professional mover companies are more expensive to hire in the Tampa area than in larger cities because they do charge more to deliver the goods to your new home. However, if you are moving large, heavier items that need to be delivered accurately and safely, then professional movers make the most sense. Renting a flatbed truck or a van does not allow the type of mobility you would expect from professional mover companies. You are stuck at their side the entire time and cannot take your things with you if you want to. With a rental, you can be at your new house in no time.

On the other hand, professional movers are better equipped to deal with any situation that can arise when handling large and complex items. They are better prepared for any accident or damage that can occur, because they have seen it all before. They know what to do in situations like fire, earthquakes, and even break-ins. A professional mover will also be familiar with the local laws and regulations related to renting a vehicle and moving into a new home. While these are often not as strict in areas outside of the Tampa Bay area, they may still apply.

The price you pay for professional moving service depends on several factors. The size and weight of the items being moved, the distance between your home and the new home, and the number of people being moved. It also depends on how long the job will take, which depends on the duration and amount of the job. Most professional moving companies do offer a quote and an estimate, but it is a good idea to get a few quotes so you can compare them. This way you will make sure you get the best deal possible.

Hiring a professional mover will likely be more affordable than you think. There are many benefits to hiring a professional. They have the experience and knowledge to move your belongings safely and efficiently. They will pack your things for you and use the proper packing supplies to protect your belongings while in transit. They should schedule appointments with you ahead of time so they can look at your home and then determine how much it will cost to move everything there.

There is so much to do, so much to learn, and so many ways to get lost along the way. If you are just starting out in real estate or want to be a real estate consultant, make sure you have a support team that can add the necessary support, both technical and emotional. Then, take advantage of these five tips to jumpstart a successful career in real estate:

#1 Best Seller How Much Does It Cost to Replace Kitchen Cabinets and Countertops? 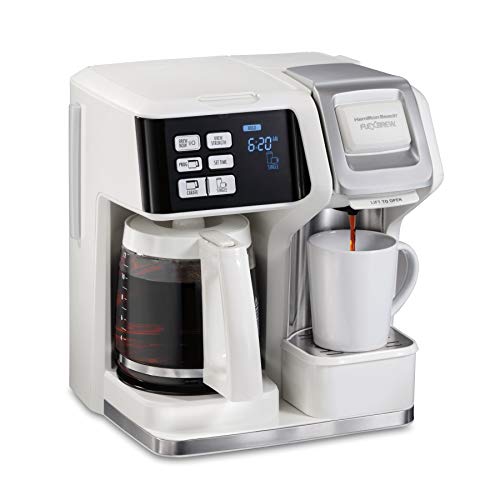 Top 10 Best Selling List for How Much Does It Cost to Replace Kitchen Cabinets and Countertops?

Best How Much Does It Cost to Replace Kitchen Cabinets and Countertops? 2021

Conclusion: The Comparison of How Much Does It Cost to Replace Kitchen Cabinets and Countertops? helps in the Purchase Decision

MyRealEstateKey.com is a participant in the Amazon Services LLC Associates Program, an affiliate advertising program designed to provide a means for sites to earn advertising fees by advertising and linking to Amazon.com